Ever since I moved, the wireless coverage in my home has been abysmal. It may be the tech shield or just the signal strength down here in South Carolina, but whatever it was I finally couldn’t tolerate it anymore.  As I told my kids growing up, if you are going to complain about it — you might as well do something about it. I was missing more calls than I was getting!

I decided to install an AT&T Microcell. These are essentially a small cellphone tower for my home. I got the old 3G model:

Since my cell is usually connected to WiFi when I am at home a 3G connection should be good enough. Also they were not that expensive on Ebay.

Once I got it plugged into power (runs on 12 volts) and connected to the Internet through a  10-base-T cable. It just sat there flashing away, since it needed to be activated. I read through the manual — horror!! That’s the manual for the version I have but the new version manual has a bit better information.

The person who sold it to me didn’t deactivate it (you can deactivate it from the Manage Settings area of the Microcell page), so it took about an hour on the phone with AT&T to get the device started through the activation process. They handled the situations very effectively I thought. Since I’ve done some technical support in my life, I was pretty tollerant.

The Microcell has a built in GPS receiver, so it needs to be close enough to a window… to receive the satellite signal. It will not go through the activation process until it is satisfied it knows where it is — this process can take up to 90 minutes. Yes, it happens every time the device powers up (thought it didn’t seem to take as long the second time). Once the activation completed, AT&T sent me an email, a SMS message and even called me back later in the day.

Well now I have 5 bars throughout my entire house. I am very pleased so far.

Access to the Microcell is limited to cellphones you allow to connect — naturally they also need to be an AT&T number. 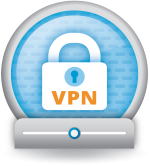 Now that I’ve moved into my new house, I wanted to get a VPN on the Raspberry Pi working. Having a VPN will allow me to log into my home network securely, no matter where I am. Just thought I’d document the process I used, in case it is useful to anyone else.

The process is straightforward.

That’s a very high-level overview of the process. The VPN allows me to see the screen, access files… just like the device was on my home network, when I am away.

With the recent rash of security concerns (across all platforms) I was looking into what can be done to route at least some of the nefarious traffic to the bit bucket. So I thought I’d write a brief post about the effort.

Most people are aware that DNS servers change the more user friendly internet addresses like yourbusiness.com to an IP address that computers can work with more effectively (e.g., 192.x.x.x). We can use this process to provide a bit more safety.

There are two simple ways you can try to subvert addresses pointing to bad locations. One is to use a domain name server that knows about bad services and provides a safe place to route the traffic.

IBM recently announced its quad 9 (9.9.9.9) DNS server. The Global Cyber Alliance (GCA) has partnered with IBM and Packet Clearing House to launch this free public DNS service. It intended to block traffic to domains associated with botnets, phishing attacks, and other malicious hosts. They continue to update it as new porly behaving addresses are discovered.

The other technique is to place entries in the hosts file on your machines. The hosts file actually gets a first shot at interpreting address. There are organizations that maintain HOSTs file that you can download, containing known ads servers, banner sites, sites that give tracking cookies, contain web bugs, or infect you with hijackers. Here are web sites for organizations that produce these hosts files:

Life hacker had an article about modifying your local hosts file, that is still valid and may be worth looking at if you’re thinking about adding this level of protection.

This all came to mind over the last few weeks, since Steve Gibson’s Security Now! podcast mentioned some new user tracking software that can be easily thwarted with a few hosts file entries.

Top Ten Service Innovations in all of History
1. Division of Labor – an entity gets to do more of what they do best, and less of what they do less well
2. Cities – local concentration of division of labor, including security and protection
3. Writing – allows communications over distance and time
4. Written Laws – brings more objectivity into governance and justice
5. Money – brings efficiency into exchange transactions
6. Universities – local concentration of division of knowledge, including preparation of next generation
7. Democracy – collective decision making via voting (citizen -> decision)
8. Republics – two stage collective decision making via voting (citizen -> representative -> decision)
9. Checks – safer than carrying paper money
10. Banks – safe storage of money, and compound interest/loans

I’d add 3D printing to this list myself, but that may be just me.

Some things to think about…
What would be on your list? What should make the list for 2015? Do these innovations have anything in common?

Recently came across this interesting post on what 5G will mean for Consumers. In summary: 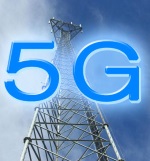 The most optimistic targets would see the first commercial network up and running by 2020, but even that may be too optimistic. As with LTE, it will take years for the network to become widespread.

What it will mean for businesses is the possibility for finer granularity across a wider geographic area. Hopefully, everyone is getting ready for IoT.

It does make me wonder about the future of relatively low speeds that many regions have as their entry level broad band for the consumer.

Follow Beyond the intersection of technology and life on WordPress.com

RSS links to all posts